It’s one of the most talked-about listings in the city, and after years of speculation, the Woolworth Building’s penthouse, dubbed “the pinnacle” is finally on the market for $110 million, the Wall Street Journal reports.

The residential conversion of the upper floors of the Woolworth building has been in the works since 2012. Alchemy Properties purchased the top 30 floors of this 58-story skyscraper for $68 million, and announced plans to convert it into 33 condos.

Over the years, news on the building’s condo conversion has been few and far between, but Alchemy has hyped its $110 million penthouse for quite some time now. A floorplan for this 9,710-square-foot apartment was first revealed in 2014. A rumored look inside the penthouse, which was reported on the following year, turned out to be the interiors of a different pricey apartment.

Alas, we still don’t have interior looks at “the pinnacle,” but the developer has provided us with new exterior shots. The penthouse takes up the terra cotta-clad crown of the building, which previously housed the Woolworth Building’s mechanical equipment.

Alchemy had to carry out extensive work before making it livable; this included getting permission from the Landmarks Preservation Commission to add more windows, and replacing 3,500 pieces of damaged terra cotta on the facade, according to the Wall Street Journal. The seven-floor penthouse will start at about 700 feet and will come with a 400-square-foot open-air observatory, according to WSJ.

Sales have been underway for a while now, but Alchemy has been unwilling to share any information on it so far. The head of Alchemy, Ken Horn, also declined to share this information with the Wall Street Journal. Of the apartments currently available (aside from the penthouse) on the market, prices range from $4.57 million for a one-bedroom, and go up to $26.4 million for a four-bedroom condo.

Should “the pinnacle,” sell for anywhere near its asking price, it will easily surpass the Downtown Manhattan sales record set by the Walker Tower penthouse in 2014. At its current asking price, the penthouse is also NYC’s most expensive home for sale on the market right now. In a distant second is a Hell’s Kitchen condo asking $85 million.

A quintuplex penthouse at 172 Madison Avenue in Midtown, deemed Le Penthouse, has is asking $98 million. The 19,815-square-foot property has five stories, 11 bedrooms, 14 bathrooms, several fireplaces, a private roof deck with a pool and jacuzzi, and more than 3,500 square feet of overall outdoor terrace space. The over-the-top unit also boasts 18- to 32-foot-high ceilings and “nearly anything that money can buy and the mind can imagine is possible,” the listing says.

Has it or hasn’t it? The rumour mill went into overdrive this week as whispers were heard that the most expensive house sale ever recorded in LA had fallen through. Daryl Katz, the Canadian billionaire owner of the Edmonton Oilers hockey team, was reportedly set to pay $85m for the Malibu property, which was featured in Tom Ford’s film Nocturnal Animals, plus an additional $35 for the contents of the house. But now new gossip suggests the deal has stalled.

Another ‘super-flat’ in the making? A Chinese buyer has reportedly snapped up a trio of penthouse apartments in the Rafael Viñoly-designed supertall, 432 Park Avenue. According to public records, the buyer went into contract on 4 December on the units – which span 11,906 sq ft over two floors – for the eye-watering sum of $91.1m. It smashes last year’s $87.7m stumped up by Saudi billionaire Fawaz Al Hokair for the top penthouse in the tower, although he paid a whopping $10,623 per square foot, compared to this year’s more meagre $7,651. One of the trio of condos was designed by Kelly Behun and comes with huge, 10ft windows.

Has it or hasn’t it? The rumour mill went into overdrive this week as whispers were heard that the most expensive house sale ever recorded in LA had fallen through. Daryl Katz, the Canadian billionaire owner of the Edmonton Oilers hockey team, was reportedly set to pay $85m for the Malibu property, which was featured in Tom Ford’s film Nocturnal Animals, plus an additional $35 for the contents of the house. But now new gossip suggests the deal has stalled.

Once asking a staggering $114 million, this opulent Upper East Side mansion is now on the market for $88 million. The townhouse belongs to billionaire Vincent Viola, best known for owning the Florida Panthers; he purchased this townhouse back in 2005 for a comparatively modest $20 million. The 19-room mansion was designed by William Bosworth, the Gilded Age architect who designed the Rockfeller Estate, Kykuit. Additions by Viola include a heated saltwater pool, a theater with red velvet seats, and a dining room inspired by Versailles.

A West Village wannabe megamansion that has been trying to sell since at least 2014 returned to the market last fall with a monster price increase. The megamansion plans have been designed by Leroy Street Studio and the owner recently brought on landscape architect Edmund Hollander to create new green space plans for the house. A spokesperson for Bespoke Real Estate said the price increase is due to the fact that previous listings did not include the formalized megamansion plans.

The crowning penthouse of Flatiron District’s tallest tower—Madison Square Park Tower—is listed for $77.7 million. The property encompasses the building’s 63rd, 64th, and 65th floors, creating a massive triplex penthouse measuring over 15,000 square feet. Thanks to the penthouse’s floor-to-ceiling windows, the views are some of the most spectacular NYC views in the city. They include vistas of the Empire State Building, the Chrysler Building, and the Hudson and East Rivers.

Related CEO Stephen Ross listed his 80th-floor condo atop the south tower of the Time Warner Center for a whopping $75 million. Ross and his wife, jewelry designer Kara Ross, have called the apartment home since the Time Warner Center was completed in the early aughts. They brought on interior designer Tony Ingrao (who’s also behind the interiors for Related’s 35 Hudson Yards) to design the space, which has custom everything—flooring, moldings, cabinets (in both the kitchen and dressing room), and more.

This nearly 8,000-square-foot penthouse is located on the 76th and 77th floors of Jean Nouvel’s MoMA tower (the building has 82 floors), which means that apartment is nearly 800 feet above ground. The duplex has four bedrooms, four and a half bathrooms, and offers up 360 degree views of Manhattan including Central Park, the Hudson River, Downtown Manhattan, and the East River. For all of that this place is asking just under $64 million.

The first public listings for Central Park Tower, Extell’s massive supertall on 57th Street, are here, and the most expensive of the bunch is a 112th-floor five-bedroom asking a whopping $63 million. That apartment, a simplex, is not the building’s priciest pad, but it’s still pretty ridiculous: Per the floorplan, it has a “grand salon” with room for a large dining table and a piano; several reception galleries; and an entire master wing with a sitting room, dressing room, and its own entry foyer off of the private elevator vestibule.

A large apartment in One57 is asking $58.5 million. The four-bedroom home is located on the building’s 87th floor and encompasses nearly 6,250 square feet of space. Like many other units at One57, the great room is furnished with dramatic columns, soaring ceilings, and lined with floor-to-ceiling windows that provide breathtaking views of the city and Central Park. The open custom kitchen features high-end, built-in stainless steel appliances, along with a large center island, and there is a “breakfast room” situated between the kitchen and the living room.

Daniel Och, the founder of the hedge fund Och-Ziff Capital Management Group, is parting ways with his penthouse at 15 Central Park West—and is hoping to get a whopping $57.5 million for the 4,739-square-foot aerie. Och bought this apartment in 2008 for just under $22 million, and turned it into “a meticulous work of art designed with the most discerning eye,” according to the brokerbabble. It has three bedrooms—including a master suite with a large dressing room and Central Park views—a library, a spacious living room, and a kitchen with high-end appliances. There are also two terraces that together come to about 800 square feet.

One of the priciest penthouses at Tribeca’s 443 Greenwich Street has returned to the market—and the seller is hoping to make a pretty big profit. The penthouse in question is PHH, which sold in 2017 for $44 million; it’s now asking a whopping $57 million. This apartment is one of the glitziest within the celeb-beloved building: It’s a triplex with five bedrooms and six and a half bathrooms spread across its 8,900 square feet. And that’s just the inside of the apartment—there’s also 3,426 square feet of outdoor space, which includes a rooftop plunge pool and its own kitchen.

A triplex apartment owned by Martha Stewart’s daughter, Alexis Stewart, at 165 Charles Street is on the market for a whopping $53 million. Stewart purchased several separate apartments in the West Village building, designed by Richard Meier + Partners Architects, and combined those into an expansive triplex—it spans more than 9,500 square feet—the floors of which are connected by a bronze and terrazzo staircase. Other features of the enormous apartment include a master suite that has a dressing room and a private office and its own terrace; walls of windows that emphasize the stunning views of the Hudson River and beyond; and custom everything, including closets, throughout.

The positively palatial 16,560-square-foot Greenwich Village townhouse of former Bear Stearns co-president Warren Spector has returned to the market with the equally substantial price tag of $59.5 million. The townhouse has 23 rooms in total spread over six floors (serviced by an elevator from the cellar to the top floor, of course.) There are eight bedrooms along with all of the amenities you’d expect from a $59.5 million townhouse like wood-burning fireplaces, a high-end chef’s kitchen, a full-floor master suite with its own balcony and a master en suite clad in blue onyx, a roof deck with an enclosed greenhouse, and oh so much more.

This Rafael Viñoly-designed townhouse is a live-work abode with over 10,000 square feet of space spread out over seven floors. The property came on the market for $50 million in late September 2018, and is notable for its distinct facade, which is made up partly of curved glass to maximize the views of the residential area. The top floor features a spacious roof deck with views of the Upper East Side. 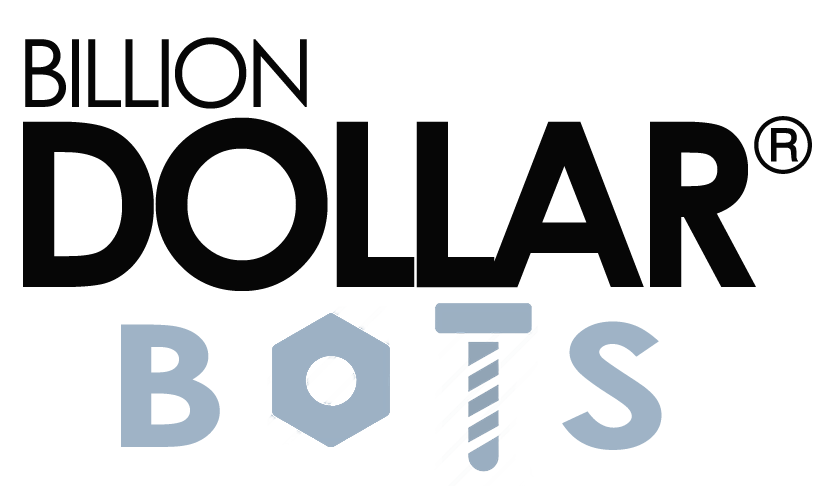 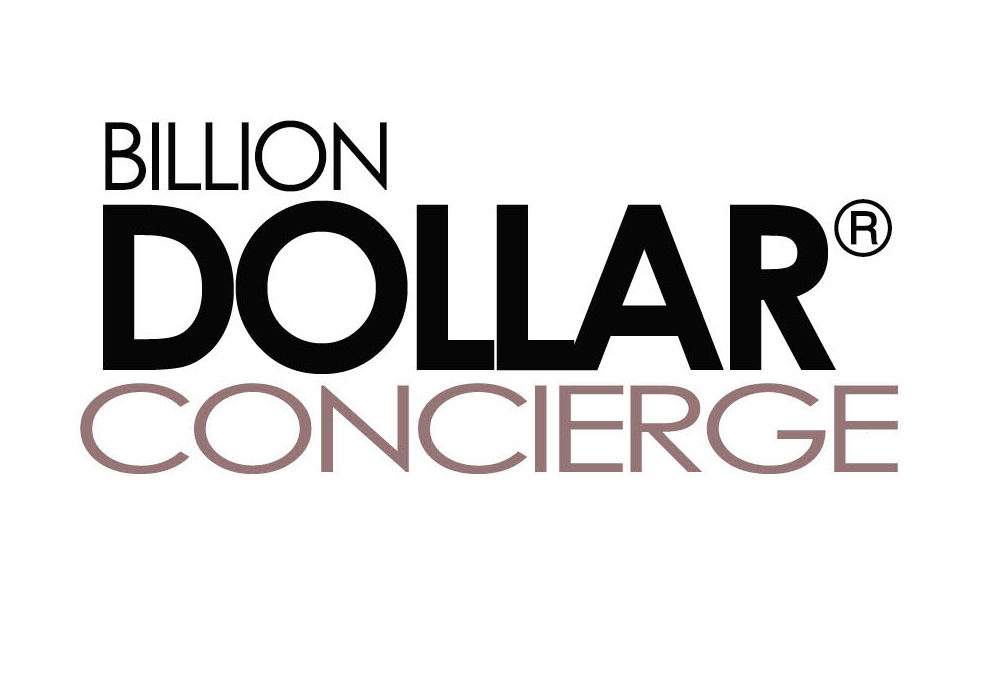 Alessandra Ferreira creates and develops successful relationships between buyers and sellers of luxury residential homes and properties throughout New York City, Southern California and beyond.
Alessandra Ferreira has a great familiarity with current on and off market properties and current trends. When representing many CEO’s, Celebrities, Investors, and many home owners/buyers of all kinds, regardless of what business field a client is, each client’s needs will be met with discretion and utmost privacy.
Alessandra Ferreira has her degree in Business Marketing, and Psychology. Alessandra is an avid Philanthropist, a caring mother, a driven business woman who assists individuals and families by helping them fulfill their dreams.
Alessandra Ferreira is the CEO of a few different businesses and is honored to sit in 10 different Board of Directors, Alessandra is also the Executive Director and Founder of Latinos Unidos Fundação a 501 (c)(3) non-profit where they are helping many of those in need throughout Latin America and US.